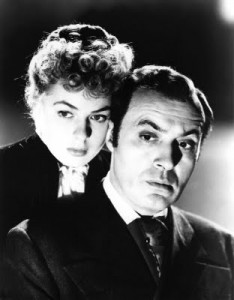 Recently, a friend commented that the environment at his office was deteriorating and that he felt like he was falling prey to “gaslighting.”

Gaslighting is a term used by mental health professionals including Robin Stern Ph.D, who writes that, “Gaslighting is the systematic attempt by one person to erode another’s reality, by telling them that what they are experiencing isn’t so – and, the gradual giving up on the part of the other person.”

Writing in his article A Message To Women From A Man: You Are Not “Crazy” Yashar Ali comments that the origin of the term, “comes from the 1944 MGM film, Gaslight, starring Ingrid Bergman. Bergman’s husband in the film, played by Charles Boyer, wants to get his hands on her jewelry. He realizes he can accomplish this by having her certified as insane and hauled off to a mental institution. To pull off this task, he intentionally sets the gaslights in their home to flicker off and on, and every time Bergman’s character reacts to it, he tells her she’s just seeing things. In this setting, a gaslighter is someone who presents false information to alter the victim’s perception of him or herself.”

After the conversation with my friend, I began to see indications of gaslighting in a variety of situations, and not always in one-on-one personal encounters. Doesn’t advertising often present false information in order to alter our perceptions of ourselves? Come on, do you really believe that if you drink a specific brand of beer that would will live the life presented in their television commercials? What about owning the latest smart phone? Do you really become more hip and cool because you have a iPhone 5 or Samsung Galaxy in your pocket? How about the images used to sell fashions and makeup to women and beauty to all of us? Dove, a division of Unilever, even created a whole marketing campaign around how images are distorted to sell beauty (and yes, I get the irony of using an advertising message to counter advertising messages).

Although it may not be easy, there is good news about combating gaslighting. Dr. Stern writes, “Gaslighting takes two – one person who needs to be in control to maintain his sense of self, and the other, who needs the relationship to maintain her sense of self and is willing to acquiesce. The Gaslight Effect happens when you find yourself second guessing your own reality, confused and uncertain of what you think, because you have allowed another to define reality and tell you what you think — and who you are. Gaslighting can be maddening in the early stages and soul destroying when it fully takes hold.” (Even though Dr. Stern uses a male pronoun for the individual in control and a female pronoun for the person willing to acquiesce, I believe that these roles are gender neutral. This is not to say that a specific role isn’t more often associated with one gender or other.)

Have you experienced gaslighting? What did you do to counter the effects? Please add your thoughts and comments by leaving a reply. Thank you.

Dr. Stern is the author of the book The Gaslight Effect: How to Spot and Survive the Hidden Manipulation Others Use to Control Your Life. She has also written several articles in Psychology Today about Gaslighting, including: Are you being Gaslighted?; Will You Please Just Shut Up! JUST SHUT UP!; and, Identify The Gaslight Effect and Take Back Your Reality!