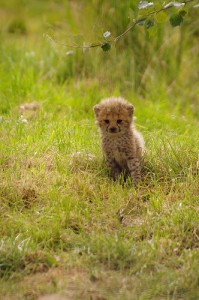 Can money buy happiness? Three, highly respected university professors say definitely! Elizabeth W. Dunn, Daniel Todd Gilbert, and Timothy D. Wilson even wrote an article about it, entitled If Money Doesn’t Make You Happy, Then You Probably Aren’t Spending It Right. It was published in the April 2011 edition of the Journal of Consumer Psychology.

In their article these authors write, “Scientists have studied the relationship between money and happiness for decades and their conclusion is clear: Money buys happiness, but it buys less than most people think.”

In order to get the most happiness for the least money, the authors suggest eight principles. We will consider Principles 1, 2, 3, and 5 in this post. To see the other four principles, please read the full article.

Principle 1: Buy experiences instead of things.
“Asked which of the two purchases made them happier, fully 57% of respondents reported that they had derived greater happiness from their experiential purchase, while only 34% reported greater happiness from their material purchase.” This is the result of one nation-wide study of over a thousand Americans. However, similar results are reported in numerous studies that consider question in several ways.

Experiences appear to provide greater happiness because “we adapt to things so quickly. After devoting days to selecting the perfect hardwood floor to install in a new condo, home buyers find their once beloved Brazilian cherry floors quickly become nothing more than the unnoticed ground beneath their feet. In contrast, their memory of seeing a baby cheetah at dawn on an African safari continues to provide delight.”

Principle 2: Help others instead of yourself
“Human beings are the most social animal on our planet. Because of this, almost anything we do to improve our connections with others tends to improve our happiness as well — and that includes spending money.” In study after study ‘prosocial’ spending (that is spending money on others, including gifts or charitable donations) improves the happiness of the giver.

The results appear to be cross-cultural and the “emotional rewards of prosocial spending are also detectable at the neural level. Participants in an MRI were given the opportunity to donate money to a local food bank. Choosing to give money away — or even being forced to do so — led to activation in brain areas typically associated with receiving rewards.”

Principle 3: Buy many small pleasures instead of few big ones
“If we inevitably adapt to the greatest delights that money can buy, than [sic] it may be better to indulge in a variety of frequent, small pleasures — double lattes, uptown pedicures, and high thread count socks — rather than pouring money into large purchases, such as sports cars, dream vacations, and front-row concert tickets.” This may be because we don’t become so accustomed to the frequent small purchases. Plus, small pleasures tend to be “different each time they occur,” so we don’t grow used to them as easily as our new car.

Principle 5: Pay now and consume later
Postponing consumption allows us to anticipate our purchases, “and anticipation is a source of free happiness.” Think about when you book a vacation to a tropical destination in the winter. Can you feel the breeze and the sun, even as your driving in a snowstorm? Doesn’t it make you feel good and bring you pleasure to think that some time in the future (a week, a couple of months) you will be eating tropical fruit on a sun-kissed beach? That is the source of “free happiness” the authors are talking about.

Delayed consumption “may also promote happiness” in other ways, including creating uncertainty. “Before purchasing a product, consumers generally face some degree of uncertainty about which product they will select, what it will be like, and how they will use it. This uncertainty may help to counteract the process of adaptation by keeping attention focused on the product.”

This entry was posted in Psychology and tagged Daniel Gilbert, happiness, money. Bookmark the permalink.